Starting today, May 1st – Happy May Day, y’all! - during the first week of each month, I will share a blog post of FIVE things that I recommend to read/watch/listen to/do related to social and reproductive justice (and one thing that I’m looking forward to reviewing next month). This is directly inspired by my monthly “top picks” on Twitter (which range from new tv shows, podcasts, recipes, and pretty much anything that is making me happy). Creating and sharing my top picks has not only been a way to recommend things I think are important, I also love getting feedback and recommendations from others. I hope that is what these monthly picks will do too; that this is not just a go-to list, but also begins an intentional conversation in our communities – starting here. For complete transparency, I should first mention that Brittany – one of the co-hosts of this podcast – is a BAF volunteer case manager, and that I used to be a clinical intern at Hopeworks. With that being said, I am glad I have those connections, because I may never have found this podcast without them (you may need to play it from the website directly, if you use iTunes for your podcasts, like I do). In this episode, Transforming Together’s hosts, Brittany and Heidi, commemorate April as Sexual Assault Awareness Month by frankly discussing consent, coercion, and rape culture as a whole. They break it down very clearly, and still somehow avoid being condescending.  In addition to the topic at hand, they also discuss self-care and how important it is for sexual assault or intimate partner violence survivors, and even how important self-care when we are simply discussing sexual assault.

Dr. Willie Parker is an OB/GYN currently providing abortion procedures and reproductive care to women in “the deep south” (oh, and he’s also one of my reproductive justice heroes). In this interview with Rolling Stone’s Caitlin Cruz, Dr. Parker discusses his new book, and how race, gender, and his belief system plays into his practice (in addition to being a diligent and signficant abortion provider, he also identifies as a Christian and a Black man in America). Just for a teaser on how incredibly intersectional and important this interview is, one of the questions Cruz asks is, “You write that you're descended from slaves and how that informs your beliefs about bodily autonomy as it relates to abortion access. Tell me about connecting those dots." 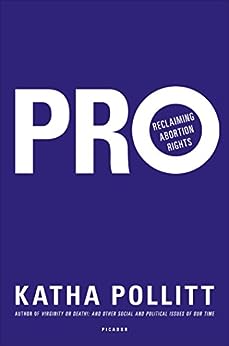 This book was written urgently in 2014 when we were still sweet summer children (no, but really, imagine reading this book again, wide-eyed, in 2017). Pollitt starts the book off strong, where early on (page 18), she proclaims, "we need to talk about blood and mess and periods and pregnancy and childbirth and what women go through to being new life into the work and whether deep in our hearts we believe that those bodies mean women were put on Earth to serve and sacrifice and suffer in a way that men are not.” This book is important reading for anyone learning more about reproductive justice, although I will caution that when Pollitt is speaking about people who can get pregnant, she identifies them as “women,” when we really know that there are people of many gender identities who can get pregnant.

Things this is:
* Rape
* Assault
* A threat to public fucking health

“Stealthing” is a new term for a type of sexual assault that people have been imposing on others for awhile now; it is when someone with a penis removes a condom without telling their sexual partner, putting that person at risk for STI/STDs, HIV contraction, and/or pregnancy. There have been numerous opinion pieces written about this recently (I will not link them here, because they don't deserve the web traffic), most of which calling it a “trend” or a “movement." In actuality it is non-consensual, it is coercion, and it is sexual assault. So, standing ovation for this tweet reminding us all of that. 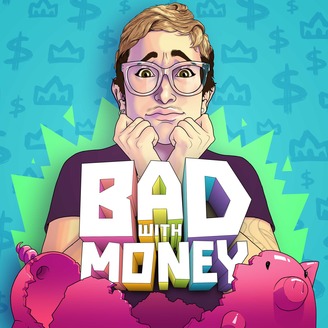 In this episode of Bad with Money, Gaby Dunn talks about the importance of people having the choice to have children (and truly allowing that to be a choice), because having children is a very complex decision that many women do not get to make themselves. My favorite quote: “This show is about choosing to have babies, because that is what it should be for every person with a uterus: a choice. And too often, it’s an economic punishment that society tries to impose on low-income women for having sex, thereby ensuring that they and their families will remain trapped in a poverty spiral for generations.” YES, GABY. YES.

A look toward next month: Dr. Willie Parker’s Life's Work: A Moral Argument for Choice 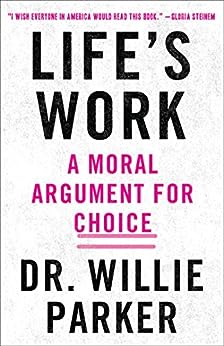 I cannot overstate the importance of Dr. Parker’s impact on the reproductive health world, so I don’t mind that I listed an interview of his above and am still mentioning him here. I am thrilled that he released his first book on April 4, 2017 and plan to read it over the next month. I can’t wait to report back to you with my thoughts. If you are able to buy the book (I’ve linked to the Amazon page, but if you can find it at a local bookstore that’s even better!), maybe we can have a discussion about it on June’s blog post.

Enjoy your month & see you again in June!

Ann Marie is a volunteer case manager with BAF (since 2015!). She lives in Baltimore and can talk endlessly about mental health, self-care, and dogs. You can find her on twitter at @annmariebrok.