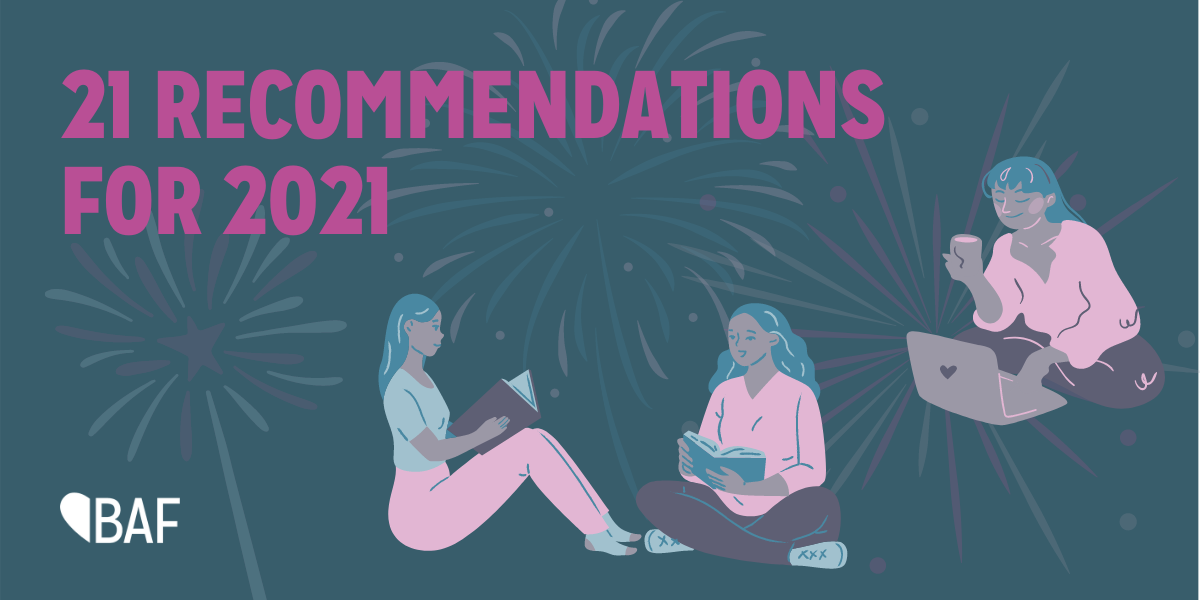 This past year, many of us consumed a LOT of various media. Some of it was to escape, some to learn and dig deeper into important issues. Here are some of the things BAF volunteers are listening to, reading, and watching.

(If you're in Baltimore City, Enoch Pratt Free Library is offering Sidewalk Service, but if any of these recommendations persuade you to make a new purchase, don’t forget to support local independent bookstores, like Red Emma's, Atomic, and Greedy Reads, to name a few.)

A Holiday Message from Jaylynn Johnstone, BAF Board President 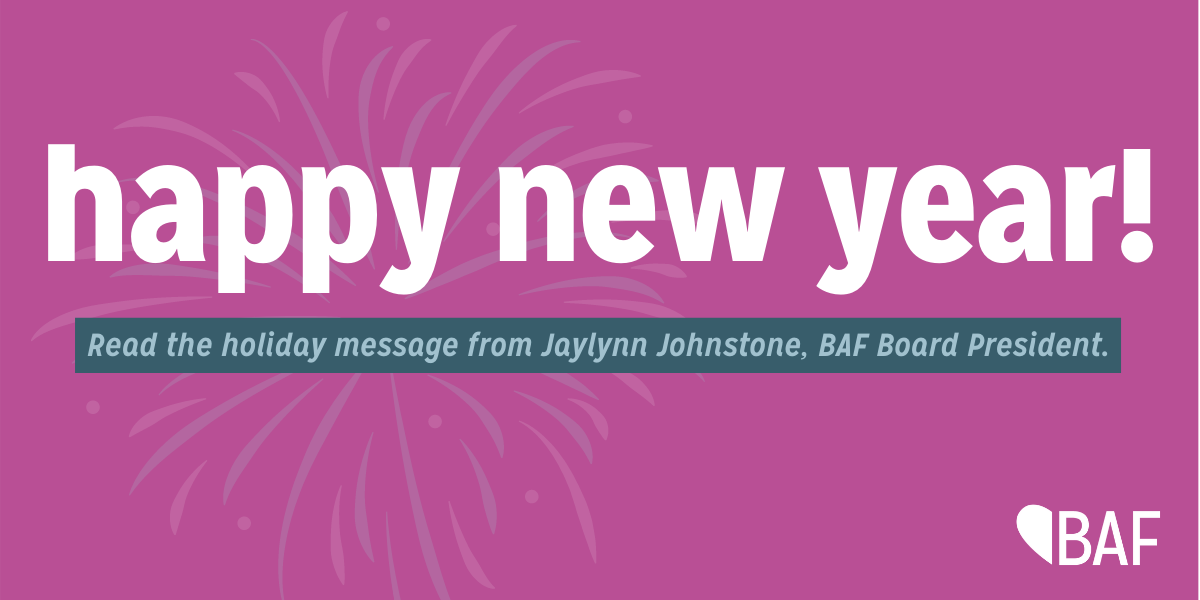 A Message from Jaylynn Johnstone, Board President, Baltimore Abortion Fund

December is when we traditionally hold the Baltimore Abortion Fund Annual Holiday Party, where the BAF community connects with one another and celebrates the year’s accomplishments. It’s a wonderful opportunity for supporters like you to meet the passionate volunteers who help keep BAF running day-to-day. Our holiday party is an especially meaningful event for me because it was the first BAF event I attended in December 2016. I hadn’t been living in Baltimore very long at that point, but, like many of you I was a monthly donor, and I went to show my support.

I wouldn’t have ever imagined that as a trans non-binary Filipino kid from Alaska that I would one day have the honor to serve as the Board President for BAF. I saw Spencer, the first BAF Board President, make a public address at that holiday party in 2016. In keeping with the tradition, I’m making a public President’s address this year, just in a virtual way.

4 Things to Know About Abortion in Maryland 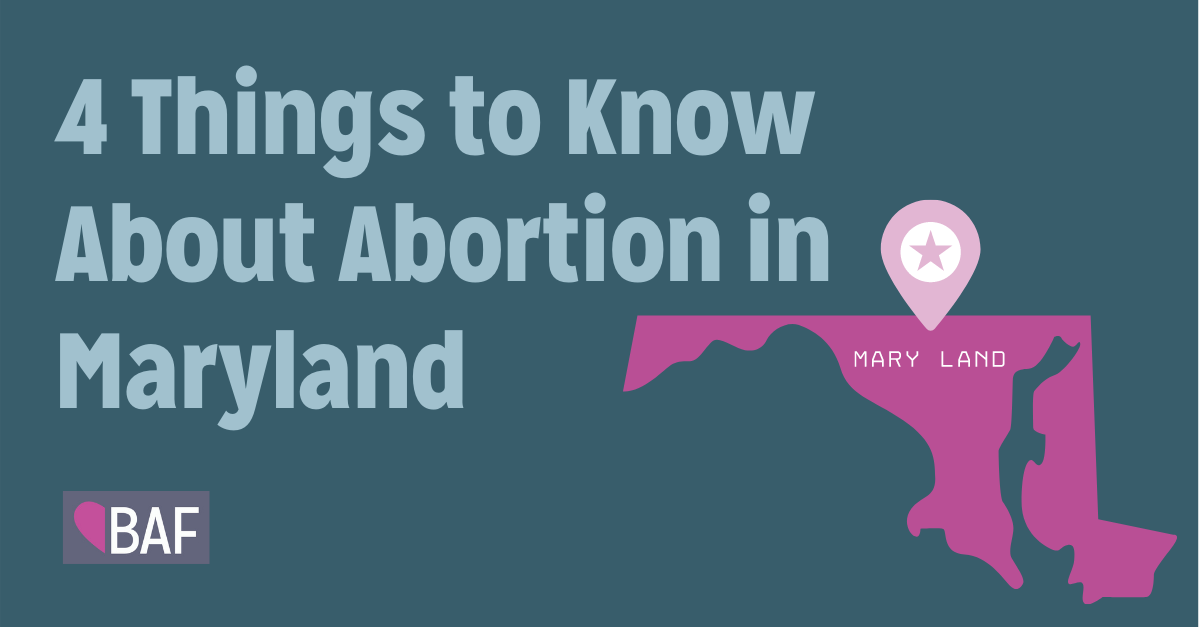 Maryland is a state where access to abortion is protected and accessible. But, no matter who is in the Oval Office, it’s important to note that access doesn't always translate into everyone getting the abortion healthcare they need if they can't afford it.

That’s why the Baltimore Abortion Fund, alongside supporters like you and other abortion funds around the country, is working to remove financial barriers, and toward a vision of justice and liberation.

What is the Taco or Beer Challenge?

"My decision to have an abortion as a young woman was emotionally difficult, but I had the financial resources to access my care and live in a state that doesn’t oppress people’s rights. Not everyone has that experience. Until our callers no longer face financial and access challenges, today’s Supreme Court decision only means that we at Baltimore Abortion Fund continue to be committed to helping them access the abortion care they need."

By 5-4 vote, the Supreme Court struck down the Louisiana law requiring doctors who perform abortions to have hospital admitting privileges!

Today’s June Medical Services v. Russo decision means Louisiana’s clinics will remain open, despite anti-abortion efforts to shut them down. Thanks to Louisiana’s Hope Clinic and allies like the New Orleans Abortion Fund for shouldering years of labor for all of us working for accessible abortion.

Even with today’s SCOTUS decision, abortion remains out of reach for many across the country who have and will continue to count on abortion funds to bridge the gaps created by anti-abortion legislation.

Donating to an abortion fund is a meaningful act of solidarity. Support BAF or your local fund today!